Latin America and the Caribbean: Economic Outlook, Challenges, and Opportunities

A series of global shocks has exacerbated macro and social vulnerabilities in Latin-America and the Caribbean (LAC), posing the dual need of preserving macroeconomic stability in the short run and ensuring inclusive economic growth in the long run. This implies a variety of challenges in different sectors: fiscal, external, monetary, financial, social, and real. However, the complex scenario also embeds the opportunity to explore creative development solutions seeking improvements in the wellbeing of the region. This presentation will discuss these challenges and opportunities, providing an economic outlook for LAC and touching on the key role played by the multilateral community. 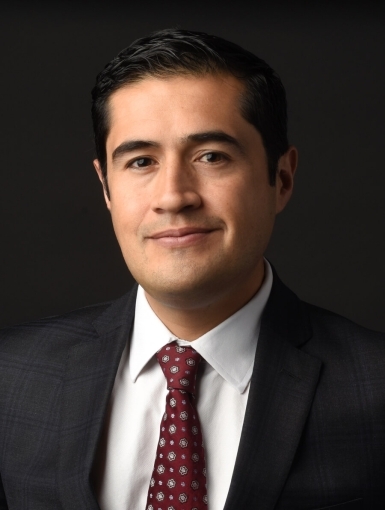 Prior to joining the IDB, he served as Minister of Economy and Finance of Ecuador since May 2018. In that role, he led the design and implementation of the Prosperity Plan, which supports fiscal consolidation, monetary stability, social protection, revitalization of employment and productivity, and transparency. He also reestablished Ecuador’s relations with the international financial community, resulting in the country’s first International Monetary Fund (IMF) Exceptional Access program; renegotiated Ecuador’s private external debt; and restructured the country’s bilateral debt with China.

As Minister, Mr. Martínez spearheaded measures to safeguard jobs and industry. He also pursued initiatives to catalyze investment, simplify and strengthen the tax system, ensure sustainability of the public debt, secure the independence of the Central Bank, expand social protections and increase transparency in fuel pricing.

During this period, Mr. Martínez also served as President of the Board of the Ecuadorian Development Bank (BEDE) and President of the Board of CAF (Development Bank of Latin America). He was also a member of the Global Coalition of Finance Ministers for Climate Action, an initiative that brings together 50 countries to lead a fair transition to a low-carbon economy, as well as a member of the World Bank Group's Advisory Council on Gender and Development, which advises on gender equality as a requirement for poverty reduction and shared prosperity.

He was named a Young Global Leader by the World Economic Forum in 2019 and was chosen Latin American Finance Minister of the Year by GlobalMarkets newspaper in 2020.

Feb
16
Thu
Thursday
CISSM Global Forum | Black Sea Security Conundrum: Implications of Russia's War on Ukraine
SPP Building, Room 0102
Volodymyr Dubovyk is an Associate Professor, Department of International Relations and Director, Center for International Studies, Odesa I. I. Mechnikov National University (Ukraine)
Mar
02
Thu
Thursday
How Will You Change the World?: Earn Your MPP with International Policy Specialization
SPP Building, Room 3301
Are you a current undergraduate student wondering what to do after graduation, or a young professional looking for something more? Join our panel of esteemed professors and distinguished alumni for an engaging discussion on the breadth of international policy opportunities available to graduate s