The US and the Turbulent World of Autocracy: A Discussion with Admiral Dennis Blair

Please join us online from 12-1pm on Tuesday, November 15 for a Norman and Florence Brody Family Foundation Public Policy Forum, featuring a discussion and Q&A with Admiral Dennis Blair.

Following a distinguished 34-year career in the Navy, Admiral Blair served as the U.S. Director of National Intelligence from January 2009 to May 2010 under President Barack Obama. Prior to his retirement from the Navy in 2002, Admiral Blair served as the Commander in Chief for the U.S. Pacific Command. As tensions in the Pacific region expand and as Russia's war against Ukraine intensifies, the Brody Forum welcomes Admiral Blair to share insights on the US role on the world stage in these turbulent times. 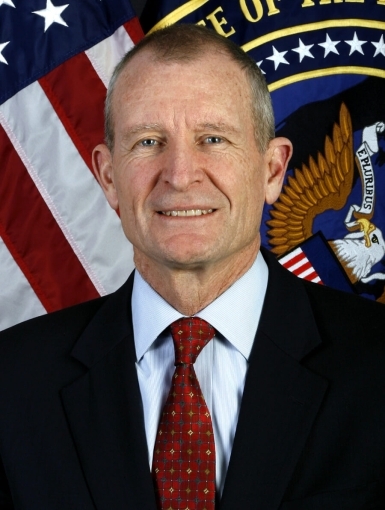 Admiral Dennis Blair is the first Knott Distinguished Visiting Professor of the Practice at the University of North Carolina Chapel Hill. He serves as a member of the Energy Security Leadership Council and on the board of Security America’s Future Energy. In addition, he serves on the boards of Freedom House, the National Committee on U.S.-China Relations, and chairs the Strategic Advisory Group of Lockheed Martin Space.

From 2014-18 Admiral Blair was the CEO and Chairman of the Board of the Sasakawa Peace Foundation USA. From January 2009 to May 2010, as Director of National Intelligence, Admiral Blair led the sixteen national intelligence agencies. He was president and chief executive officer of the Institute for Defense Analyses from 2003-06.

Prior to retiring from the Navy in 2002 after a career of 34 years, Admiral Blair was the Commander in Chief, U.S. Pacific Command. A graduate of the U.S. Naval Academy, Admiral Blair earned a master’s degree in history and languages from Oxford University as a Rhodes scholar. He is the author of Military Engagement: Influencing Armed Forces Worldwide to Support Democratic Transitions. Three commissions he co-chaired have issued recent reports: A National Security Strategy for 5G; Oil Security 2025: U.S. National Security Policy in an Era of Domestic Oil Abundance and The Report of the Commission on the Theft of American Intellectual Property.

Feb
16
Thu
Thursday
CISSM Global Forum | Black Sea Security Conundrum: Implications of Russia's War on Ukraine
SPP Building, Room 0102
Volodymyr Dubovyk is an Associate Professor, Department of International Relations and Director, Center for International Studies, Odesa I. I. Mechnikov National University (Ukraine)
Mar
02
Thu
Thursday
How Will You Change the World?: Earn Your MPP with International Policy Specialization
SPP Building, Room 3301
Are you a current undergraduate student wondering what to do after graduation, or a young professional looking for something more? Join our panel of esteemed professors and distinguished alumni for an engaging discussion on the breadth of international policy opportunities available to graduate s